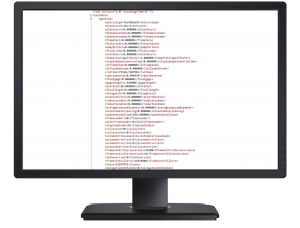 Most modern testing laboratories have some type of computer-based system to store and access the test results obtained during their testing processes. These systems also typically store some of the end customers specifications and testing requirements. Such a system is commonly referred to as Laboratory Information Systems or LIMS. To reduce data entry errors and ease report preparation in the laboratories own format, many facilities want to maintain all of the test data in their LIMS system. This can be a significant task because most testing facilities have a wide variety of testing equipment, both computer based and manual. Because there are no industry standard data formatting or transfer methods most LIMS systems have built in import and export capabilities for flat files, comma separated variable or CSV files, XML files and JSON files. The later file types of XML and the newer JSON are preferred by most Information Technology or IT professionals.

The following sections further explain the detailed features of this upgrade in relation to specific areas within testing.

Data Sent from LIMS to WinCCS

The creep/stress rupture testing is typically performed at elevated temperatures, which require thermocouples to measure the specimen temperature. Because of the tight temperature tolerances required the thermocouple wire used must be taken from selected batches that have a calibration certification and error or offset table based on the temperature being measured. The data for these certificates are usually provided by an outside vendor and provided to the laboratory that then enters the data into the LIMS system for storage, however this data is also required by the WinCCS system, so an import has been provided to accept the thermocouple batch data directly from the LIMS in XML format. When the batches have been processed from the LIMS system they will be available on the WinCCS system for use.

When a specimen test has been completed there are various questions and measurements that are typically required to be performed on a specimen to determine if it meets all the specification requirements. These questions vary depending on how the test terminated and the test specification parameters. For this reason, the list of questions and measurements are transmitted to the LIMS system once the test has terminated and then the filled-out files are transmitted back to the WinCCS system. This allows an external station to be used to gather specimen measurements instead of performing these in the laboratory itself.

Data Sent from WinCCS to LIMS

The specimen test data is transmitted in three different formats for to allow for various storage options. The first file type is a pure binary WinCCS test archive file, that is only readable by the WinCCS software. The LIMS system would typically simply store this data file in some type of offsite archival storage to be used in case of emergency if all other data stores were corrupted. The second file type is a flat file formatted as a system Long Form Report. Most laboratories either do not use this file or they direct it to a Micro Fiche printer for archival storage. Again, this is a backup in case primary systems fail. The third file is an XML file which contains all the test data. This file additionally contains the original specimen information, thermocouple batch data, complete test specification and all pertinent test machine calibration and verification records. Depending on system settings for the number of creep/temperature readings stored, these files can become very large with lengthy processing times required by the LIMS.

WinCCS generates an XML file with the required specimen measurements and post test questions to be asked. This procedure can be performed by a LIMS or the WinCCS section, whichever the end user prefers.

The LIMS/WinCCS XML file data exchange provides tight integration between the laboratories LIMS system and the WinCCS system, and also allows the user to utilize specific features and ignore others. This flexibility gives users the ability to ultimately incorporate the exact parts and pieces they want to, creating a highly user-friendly experience. For more information on upgrading your WinCCS software, contact ATS at +1-724-283-1212.